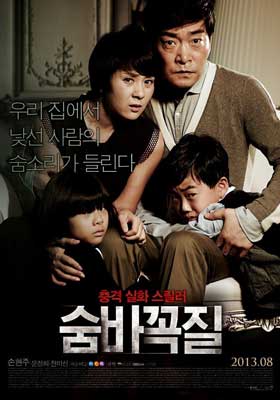 Eun-Hye was stalked by a stranger,  when she checked her security camera, she was shocked when she saw the stranger enter her apartment room and murders her.

Meanwhile, Sung-soo is a successful businessman who lives with his wife Min-ji and two children, Ho-se and Soo-ha in a luxury penthouse. Despite his good life, he’s harboring a dark secret. He was adopted by a rich family with one biological son, Baek Sung-chul who he hated the most. He framed Sung-chul for sexual assault, since then he’s having nightmares about Sung-chul and regularly taking medicine to overcome his guilt and obsessive-compulsive disorder.

Sung-soo receives a call telling Sung-chul’s disappearance. After not seeing Sung-chul for a long time, he decides to look upon his missing brother to the apartment where it stays. While searching inside Sung-chul’s apartment he left his wife and the children in the car, at that moment Min-ji (Sung-soo’s) is busy looking for the children, the two kids are out of her sight while talking to her mom over the phone. When she gets back to the car, it surprises her to see the kids were inside with the strange men. The men refused to open the door as Min-ji felt horrible handling the situation. All of a sudden Joo-hee came and helped Min-ji, the men quickly open the door and run. When Sung-Soo tells Joo-hee that he wants to visit his brother, she suddenly becomes hostile and kicks them out, telling him to stop his brother from “peeping” at her daughter. Sung-Soo decided to stay in his brother’s room while Min-Ji returned home with their children.

Sung-Soo found a secret passage that connects his room and Eun-Hye’s room and the latter’s underwear in Sung-Chul drawers. Meanwhile, Min-Ji and the children are attacked by the same stranger who kills Eun-Hye. They theorized that the stranger was Sung-Chul, who wanted to get revenge on Sung-Soo for ruining his life. But as Sung-soo had the courage to take action, the theory he had in his mind was all wrong, Sung-chul doesn’t exist anymore…Sung-soo is now dealing with someone that killed his brother and now, their next. 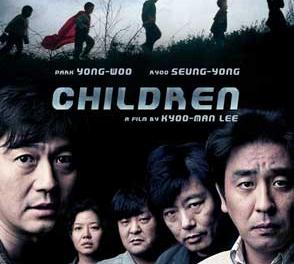